There is a common misconception that tolerance is the highest good. What is tolerance? Let’s have a look.

In the past, to tolerate someone meant to bear with them. It described accepting someone who annoyed or inconvenienced you. Tolerance was about agreeing to disagree with your opposer. It involved a live and let live attitude to what other people you disapprove of did with their lives.

Love, according to the Bible, is completely different. It has almost become a cliché to quote the biblical description of  love in Paul’s first letter to the Corinthians, however it clearly reveals why tolerance is actually unloving.

Love is not proud.

The meaning of tolerance has changed in the last couple of generations. Today, it promotes contemporary values that often conflict with Christian beliefs that have dominated mainstream culture for centuries. Tolerance now means proudly accepting and celebrating all beliefs. There is no longer room for disagreement. If you disagree with the idea that all beliefs are equal, you are called a bigot or worse. People are encouraged to be proud of who they are.

Humility is completely different as it enables you to see yourself clearly. People are imperfect creatures that have capacity to do good and evil. Love involves humbly seeing yourself and others for what you truly are: moral creatures that are lost without God.

Let this mind be in you, which was also in Christ Jesus:

Who, being in the form of God, thought it not robbery to be equal with God:

But made himself of no reputation, and took upon him the form of a servant, and was made in the likeness of men:

And being found in fashion as a man, he humbled himself, and became obedient unto death, even the death of the cross.

Love is not self seeking.

Tolerance fails because it creates people who respect others out of mutual selfishness. It comes down to everyone agreeing to do whatever they want while allowing others to do the same. Anyone who thinks differently is often subjected to ridicule, opposition or mistreatment. Tolerance ultimately leads you to compromise and even reject the Bible’s command to have the same mindset as Jesus who willingly became a servant to humankind.

Our culture is losing its understanding that true love requires sacrifice. When a teacher of the law asked Jesus to name the greatest commandment, Jesus told him it was to love God with all your heart and with all your soul and with all your strength. Jesus explained that loving God means doing what he says. Doing what God says is not easy because it often involves rejecting your own will and desires as you put God and others first.

Love rejoices in the truth.

For some people, it’s completely reasonable to say Jesus was tolerant. They point to examples of him showing mercy to sinners he encountered, such as the woman caught in adultery. They mistake his grace for approval of someone’s disobedience. Nothing could be further from the truth.

The gospels reveal that Jesus was undeniably and unashamedly loving to everyone, even his enemies. However, he never condoned the sinful beliefs, decisions and attitudes he saw. Rather he embodied the truth, grace and holiness of God as he willingly offered his life as a sacrifice for your sin and wrongdoing.

Paul’s description of love culminates in him declaring “love never fails”. Godly love triumphs over every obstacle, problem and enemy you encounter. It is humbling to accept your owns faults and mistakes while acknowledging the same shortcomings in others without thinking less of them. Putting others first requires sacrificing your will and desires. Truly loving others involves telling them about Jesus’ miraculous work to save them from their sins. What the world needs goes beyond what tolerance offers. The world needs you to truly love God and your neighbour. If you are loving, you will never fail.

I'm the founder and director of Mission Gateway. I'm a passionate follower of Jesus, a loving husband and father of two. My Christian faith inspires me to reveal God to a broken world that desperately needs him. I live in Melbourne, Australia. View all posts by Shungu Patsika 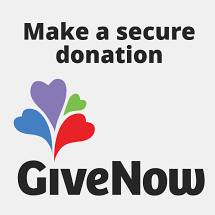